Using the Hammock to Mimic the Pilates Reformer

In the Aerial Educate Series, Renae explores how the aerial hammock can be used to mimic the de-loaded pilates reformer to add a little spice to your pilates workout

Joseph Pilates the Innovator would have loved the Aerial Hammock!

Many people have only heard of ‘Pilates’ in reference to the name of an exercise method, and not the recognised it is the name of the man behind the invention of the method. Joseph H. Pilates. In response to a childhood of ill health, Pilates dedicated his entire life to becoming physically stronger and studied body-building, gymnastics and eastern physical and philosophical practices.

During World War I, he was interned with other German citizens in a camp near Lancaster. Here, Pilates began inventing rehabilitation devices with what he had at hand to help other inmates restore their health. The ‘Pilates Reformer’, which is the most commonly used piece of pilates fitness equipment today, was first modelled by Pilates from a hospital bed!

Pilates was well before his time as an innovator of movement education and rehabilitation, and also used his apparatus inventions to invert and suspend the body. I think he would have loved the aerial hammock! 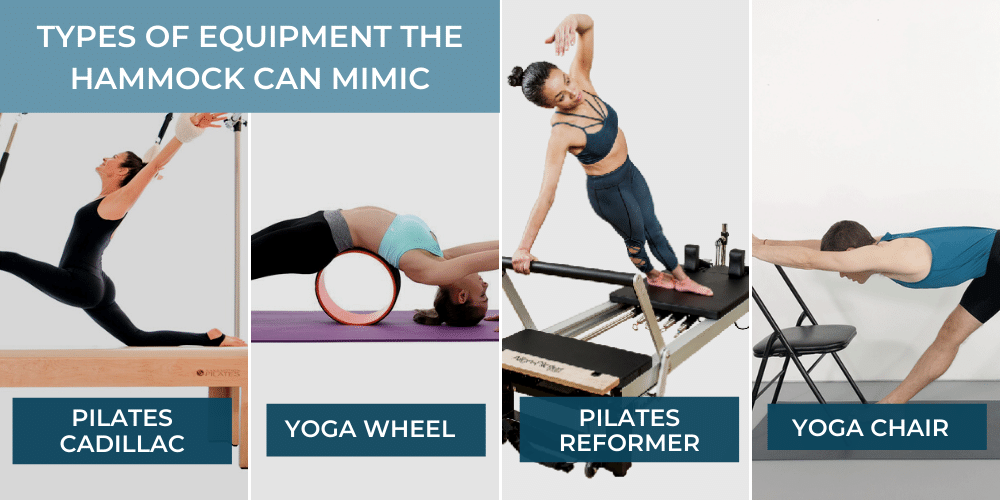 The hammock’s versatility extends to the Pilates reformer

One of the things that I have always respected about the aerial hammock, is that it is an incredibly versatile piece of equipment. Rather than having to own a yoga chair, bolster, yoga wheel, pilates reformer, pilates cadillac table etc… the hammock can act like a jack of all trades and is able to mimic many key aspects of different props and equipment through adjustments in height and width.

One example is when we set the hammock low and use the hammock to add a dynamic stability challenge to our exercises. In this set up we can use the hammock in a similar way to how the reformer responds when under no spring resistance. In my experience observing patients receiving clinically applied pilates and aerial hammock exercise, I have seen the significant benefits for body and mind.

Check out the below video for some examples of how the hammock can mimic the de-loaded reformer to add a little spice to your pilates exercises!

Watch: Using the Hammock to mimic the Pilates Reformer

Renae Stevens, founder of CreativeBodyFlow, has been a pioneer in bringing aerial yoga hammock education to Australia and New Zealand. Over the last 10 years Renae has had the opportunity to work with clients in the hammock in both clinical settings, fitness centres and yoga studios, and found there are outstandingly positive outcomes when the knowledge from mental health, physical rehabilitation and fitness are integrated.

Ask us a Question about Aerial Yoga for Core Conditioning